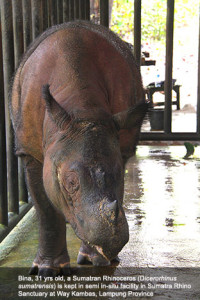 Currently, the species occurs only in Sabah (Malaysia), although a few individuals may still survive in Sarawak (Malaysia) and Kalimantan (Indonesia) (Meyaard, 1986). Dicerorhinus sumatrensis sumatrensis formerly occurred in Thailand, Peninsular Malaysia, and Sumatra (Indonesia). Presently, the subspecies occurs only in parts of Sumatra and Peninsular Malaysia (Foose et al., 1997). 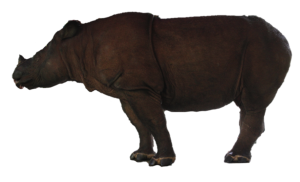 Sumatra Rhinoceros, is the only Asian rhinos that have two horns. The Sumatran rhinoceros is also known to have the highest number of hair all over the body compare to other sub-species of rhinos in the world, so it is often called the hairy rhino. Other characteristics are the large ears, grayish brown or reddish skin – mostly covered by hair and wrinkles around the eyes. The length of the front horn typically ranges between 25-80 cm, while the rear horn is usually relatively short and no more than 10 cm. The young Sumatran Rhinoceros skin is normally covered by reddish brown dense hair. Along with the growth to maturity the hair is getting less and the color is often turning to black. The body length of adult animals ranges from 2-3 meters with a height of 1 – 1.5 meters. The body weight of the adult rhinoceros ranges between 600-950 kg.

According to the IUCN Redlist of Threatened Species, the total population is estimated at between 220 to 275 individuals. The subspecies Dicerorhinus sumatrensis sumatrensis now occurs mainly on Sumatra, where there are 170 to 230 individuals. It has its largest populations remaining, where 60 to 80 animals remain in Bukit Barisan Selatan national Park, 15-25 animals in Way Kambas, and 60 to 80 animals in Gunung Leuser National Park. There are also a few small, non-viable populations, including no more than a few individuals in Kerinci-Seblat National Park. Populations in Peninsular Malaysia are now very small, but the species possibly survives in Taman Negara National Park and in Tamon Besor/Belum area  The majority of the few remaining individuals of the subspecies Dicerorhinus sumatrensis harrissoni occur in Tabin National Park in Sabah (Malaysia), with some also in the Danum Valley (also in Sabah). The total population in Sabah is likely to be about 50 individuals. 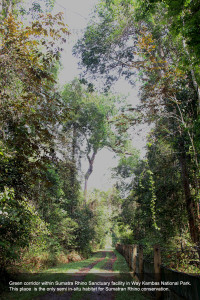 The population status of the subspecies Dicerorhinus sumatrensis lasiotis is unknown, with the very slight possibility that a small number of individuals survive in the Lassai Tract in Myanmar.  There are over 20 animals in captivity, mostly in Indonesia and Malaysia, with a few in the United States.

The two principal threats are poaching and reduced population viability. Hunting is primarily driven by the demand for the supposedly medicinal properties of rhino horns and other body parts, and many centuries of over-hunting has reduced this species to a tiny percentage of its former population and range. The species is now so reduced that there are very small numbers in each locality where it still survives. As a result, breeding activity is infrequent, successful births are uncommon in many populations, and there is a severe risk of in breeding depression.

With regard to the conservation action, the species has been included on CITES Appendix I since 1975, and legally protected in all range states. An extensive international co-operative program for the conservation of this species is being implemented with in situ activities being conducted in Indonesia and Malaysia. The primary objectives are to develop and deploy effective anti-poaching teams and to provide the co-ordination capacity to manage and sustain the program. Rhino Protection Units (RPU) have been awell-known in stopping poaching in Sumatra. The expansion and reinforcement of anti-poaching program is the top priority if this species is to survive.

There are also ongoing efforts to develop managed breeding centers for the species in Indonesia and Malaysia. There have been recent advances in captive breeding techniques for this species, including a successful births at the Cincinnati Zoo in 2001 and 2004. One of these offspring was transferred back to a breeding center in Sumatra and has been successful to produce one offspring so far named Andatu. 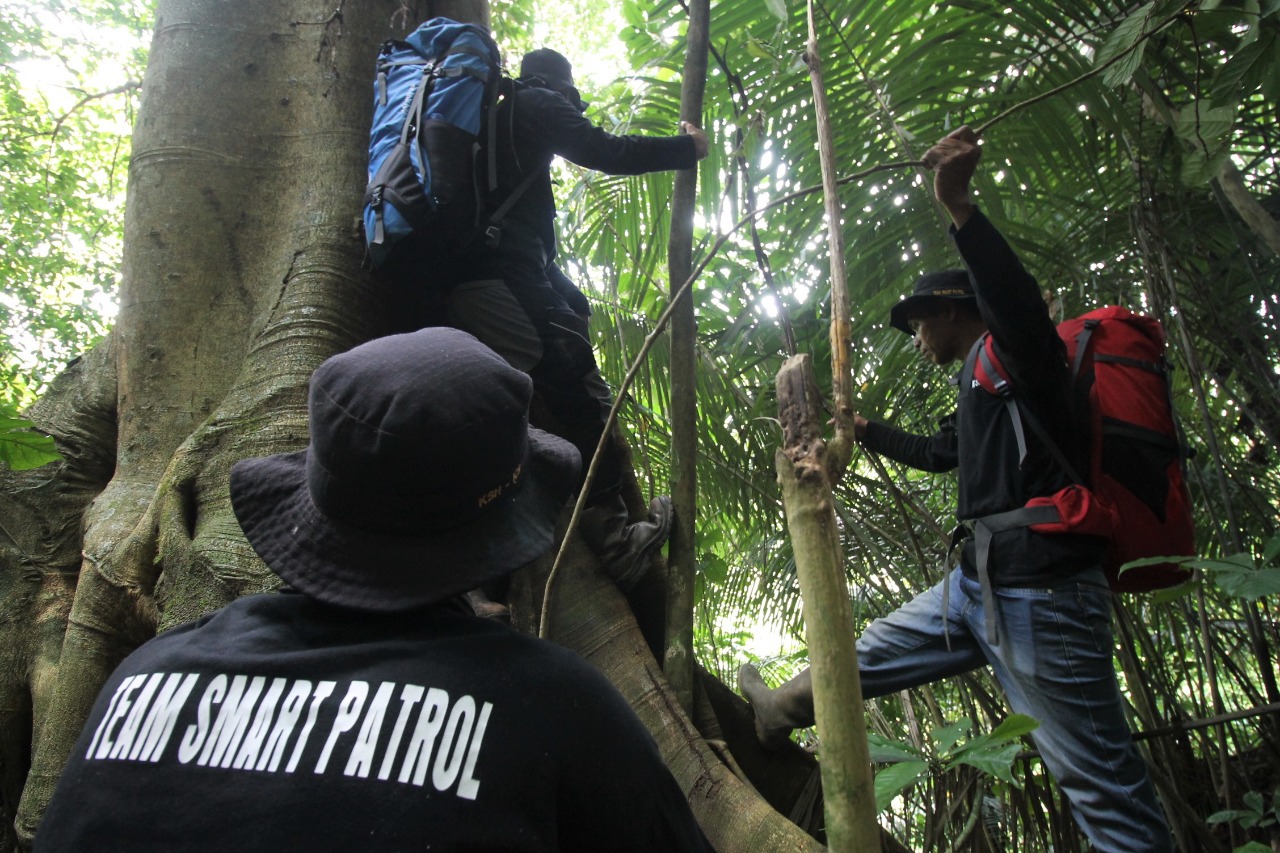